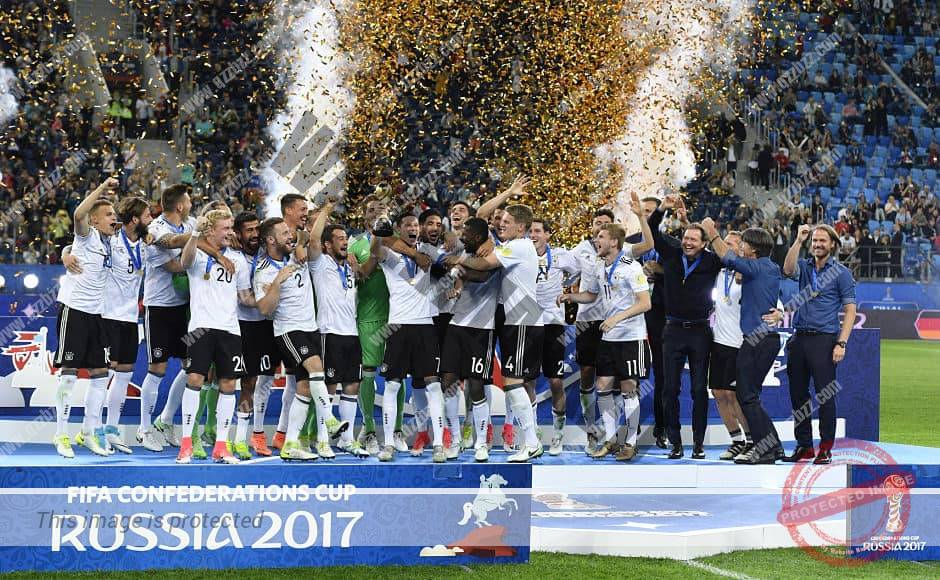 Take this quiz to know what's buzzing around the world currently. You can see the explanation after each attempt and even replay the Quiz if you want to improve your score!

Germany beat Chile to lift the 2017 FIFA Confederations Cup on 2nd July. Portugal and Mexico finished third and fourth, respectively, in the tournament.  Germany also qualified for the Fair Play Award of the season.

Find the personality. He is a prominent Union Minister. He, in a bid to mark Van Mahotsav-2017, has initiated a month-long plantation drive.

Harsh Vardhan, the environment minister inaugurated the tree-planting initiative to mark the Van Mahotsav celebrations which typically happen in the first week of July. The custom was commenced originally by Kulapati K. M. Munshi, the then agriculture minister, in 1950.

Serbia recently appointed its first female Prime Minister. Who is she?

Ana Brnabic is the first female Prime Minister of Serbia.

She is not only the first female but also the first openly gay person to take charge in the ministerial office. Prior to her appointment, she served as the Minister of Public Administration and Local Self-Government of Serbia between 2016 and 2017.

The most recent annual meeting of BRICS Ministers of Education took place in China in the month of July. Find the exact place where it was held.

The annual meeting of BRICS Ministers of Education was held in Beijing.

This meeting saw an assemblage of heads of states and governments from its 5 member states, namely Brazil, Russia, India, China and South Africa. The Indian delegation for the event was Prakash Javadekar, Minister of Human Resource Development.

Who authored the book "Narendra Damodardas Modi: The Making of a Legend" ?

Bindeshwar Pathak authored the book "Narendra Damodardas Modi: The Making of a Legend".

Bindeshwar Pathak is an India sociologist. He is celebrated for his commendable work in pioneering social reforms that are centered on improving sanitation and hygiene in the country.

What is the rank of India in Global Cybersecurity Index (GSI) 2017 ?

The Global Cybersecurity Index (GCI) assesses the commitment and effort of countries to ensure cybersecurity. The countries examined based on the following parameters: technical measures, legal Measures, organizational measures, cooperation and capacity building.

The recent state to have benefited from the implementation of “Livelihood Intervention and Facilitation of Entrepreneurship” (LIFE) is Meghalaya.

Livelihood Intervention and Facilitation of Entrepreneurship (LIFE) was launched by the Chief Minister of Meghalaya  Dr Mukul Sangma in July 2017. The objective of the program is to help people generate income from the backyard through plantation and other related activities. Another aim is to promote proactive engagement of disadvantaged women in LIFE.

India's first Dalit-only university is to be erected in which one of the following cities?

India's first Dalit-only university is to be erected in Hyderabad.

The initiative came in response to Telangana government’s policy of making free education accessible to students from backward sections.

The Oscar for Best Picture was given to

Moonlight was awarded the Best Picture.

Moonlight is a coming-of-the-age drama directed by Barry Jenkins. The movie is the first to have an all-Black cast. Out of the 8 nominations at Oscars, it won in 3 categories which includes Best Picture, Best Supporting Actor and Best Adapted Screenplay.

Where did the 2017 ICC Champions Trophy take place?

The ICC Champions Trophy tournament is participated by the top 8 teams in One Day International (ODI) cricket. This year, Pakistan bean India to clinch the winners’ title.

Find the personality. She is an Indian woman cricketer. She, currently, holds the record for having scored 6000 runs in women's ODI cricket.

Mithali Raj is the captain of Indian Women’s Cricket team in tests and ODIs. As paying homage to her being the highest run scorer for India in all formats, she is widely known in the circuit as “the Tendulkar of Indian women’s cricket”.

Which country is all set to become the largest producer of milk by 2026 according to OECD-FAO Agricultural Outlook 2017-2026.

India is all set to become the largest producer of milk by 2026 according to OECD-FAO Agricultural Outlook 2017-2026.

India’s milk production is set to swell by 49% over the course of the coming decade.

Select the state that organized a national conference on crowd management in 2017.

Kerala organized a national conference on crowd management in 2017.

Name the Indian airport which is the first in the world to completely function on solar power.

Cochin International Airport is the first in the world to completely function on solar power.

It draws power from the solar power plant which is composed of 46,150 solar panels spread across 45 acres. The plant has been installed by M/s Bosch Ltd., a Germany based company.

Skills for Future of Work was the theme of World Youth Skills Day (WYSD).

World Youth Skills Day was instituted in 2014 by the UN General Assembly with a resolution to address the increasing unemployment. Thereby, the present year’s theme aimed to help the students meet the educational and employment-specific skills in the present and future market.

Who wrote the book "President's Lady"

Sangeeta Ghosh is the author of "President's Lady".

President’s lady is a book on the former Indian president Pranab Mukerjee’s wife Suvra Mukherjee. Mr Mukherjee received the first copy of the book at Rashtrapathi Bhavan on July 13th where it was unveiled by the Vice President Hamid Ansari.

Find the personality. She is an Indian-origin Youtuber who has been appointed as UNICEF's Global Goodwill Ambassador.

Lilly Singh has been appointed as UNICEF's Global Goodwill Ambassador.

The multi-faceted YouTube personality will use the platform to engage and educate the youth about challenges faced by children. Other ambassadors include a host of famous personalities like Priyanka Chopra, Ricky Martin, Jackie Chan etc.

The award ceremony was held on 25th June 2016. The show-hosts were Shahid Kapoor and Farhan Akhtar. The most coveted award of the Best Picture went to Bajrangi Bhaijaan.

“Exercise Maitree 2017”, a 14-day joint military training exercise was partaken by the Indian Army and

The joint training exercise’s primary goal is to develop and promote close relations between the contingents through exchange of skills and experiences. In the previous year, the same was held in Krabi, Thailand.

The head coach of the India Cricket team till the 2019 World Cup is Ravi Shastri.

While the India pacer Zaheer Khan will take up the role of the bowling coach, Rahul Dravid will be the batting consultant for overseas Test tours.

UNESCO honored this city with “The World Book Capital” for 2019. Find the city.

UNESCO honored Sharjah with “The World Book Capital” for 2019.

Sharjah became the 19th city in the world to win the title. The reason for selection was revealed to be its efforts to make books available to the entirety of the population of the country and also its literary activities.

The 2017 men’s singles Wimbledon tennis tournament was won by

Roger Federer defeated Marin Čilić in the final match to go home with the prize for the 8th time. Federer made history by becoming the only player to win the title 8 times.

In 2017, Nelson Mandela International Day (NMID) was observed on

In 2017, Nelson Mandela International Day (NMID) was observed on July 18

July 18 marks Nelson Mandela’s birthday. The day was declared by the UN General Assembly in 2009, in recognition of his service to humanity. The UN requests people around the world to celebrate this day by making a positive change in the community and inspiring development.

Matunga railway station is a part of the Mumbai Suburban Railway network. In July 2017, the station took the initiative to further women empowerment.

Enter your email to get the latest Current Affairs, Mock Tests & Previous Years' solved papers straight into your inbox! 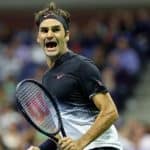 Enter your email address below. We will send it to you!

Back to Top
Close
close

Your password reset link appears to be invalid or expired.

To use social login you have to agree with the storage and handling of your data by this website.

Close
Send this to a friend